Disablity Discrimination Filings on the Rise

The Equal Employment Opportunity Commission (EEOC) received more Americans with Disabilities Act (ADA) complaints in 2009 than in any calendar year since the enactment of the law.  The EEOC, sometimes in partnership with state agencies, investigates claims of discrimination, harassment, and retaliation based on disability, age, religion, race, sex, national origin, and pregnancy.  The EEOC assigns investigators who determine whether or not there is probable or reasonable cause to believe that discrimination occurred.  Aggrieved employees are required to file ADA claims with the EEOC before filing a lawsuit in federal court. 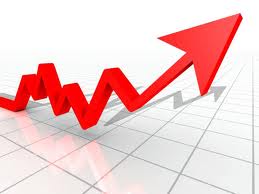 In 2009, only 5.1% of ADA cases filed with the EEOC received favorable initial determinations (the lowest percentage since 1997).  Less than half of those “probable cause” cases resulted in successful conciliation efforts before heading to court or independent alternate dispute resolution.  However, more than 22% of ADA cases filed with the EEOC in 2009 resulted in settlements, were withdrawn with the desired benefits conferred to the complaining party, or were successfully conciliated.

Because of the nuances of the law and the administrative process, litigants who hire attorneys are typically at an advantage over litigants who file with the EEOC pro se.  If you have a medical condition or disability and your employer refused to work with you to accommodate your condition, you suspect your employment has been terminated because of your disability or medical restrictions, or you are receiving less favorable treatment than other individuals who are not disabled, you should contact an experienced employment lawyer.