A federal court recently held that an employer may have violated the FMLA where it terminated the employee the same day that she returned from FMLA leave. In Mastin v. SYSCO Food Services of Detroit, LLC, the plaintiff, a former employee, brought a claim against her former employer for FMLA interference and FMLA retaliation. The court refused to dismiss the case on summary judgment, finding that there was a genuine issue of material fact as to whether the employee was terminated because she had taken FMLA leave. In this case, the employee took FMLA leave after the birth of her two children in 2002 and 2006. In 2007, she took a third leave under the FMLA after having hip surgery. Her third FMLA protected leave began in November 2007 and lasted until February 2008. The plaintiff was terminated the day she returned from leave in February. The employer stated that it terminated the plaintiff because her position was being eliminated. The employer alleged that it had began an analysis of the plaintiff’s department in November 2007. The analysis looked at the current jobs in the department, the amount of work that needed to be done in the department, and the people in the department. The employer claimed that the results of this November analysis plus dismissal 2007 holiday sales yielded a decision that the plaintiff’s position was no longer needed. In finding that the plaintiff had viable FMLA claims, the court relied heavily on the timing of her termination. She was terminated the exact date that she returned from her FMLA leave. The court also found suspect the fact that the employer’s alleged analysis of the department began the same time that the plaintiff began her FMLA leave. In addition to these timing issues, the court cited the fact that the plaintiff had a stack of work waiting for her on desk when she returned from leave and the fact that her coworker had testified that there was more work than could be done in the department while the plaintiff was on leave. The court found that these factors, taken together, could lead a reasonable jury to find that the employer interfered with the plaintiff’s FMLA rights and terminated her in retaliation for exercising those rights. If an employee is terminated at or near the time she returns from taking FMLA protected leave, she should look further into the reason given for her termination. If there is reason to doubt the employer's explanation for the termination, she should contact an attorney, as her FMLA rights may have been violated.

If you're receiving long-term disability benefits but still engaging in physical activities, you should expect to be placed under electronic surveillance at some point by your disability insurance carrier. Your carrier may then use the video footage as a basis to terminate your disability benefits. If an administrative appeal of the benefit termination is not successful and suit is brought under the Employee Retirement Income Security Act of 1974 (ERISA), the surveillance video is a piece of evidence the judge would look at to determine benefit eligibility under the policy. 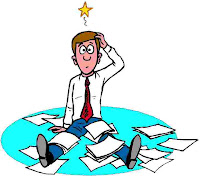 In Brunson v. Forest Preserve District of Cook County, a recent federal case in the Northern District of Illinois, the Court found that an employer had interfered with an employee’s FMLA rights where the employer had received the employee’s FMLA application, but never responded to that application before terminating her. In this case, the plaintiff, a police officer in training, has been diagnosed with asthma three years before being hired by the police department/employer. As she began working outdoors in her post as a police officer, the plaintiff’s asthma began to worsen, resulting in sick days and two hospital visits. After the second hospital visit, the plaintiff was advised to file a request for FMLA leave.
The plaintiff submitted an FMLA request to the Police Chief on January 16, 2006. Included with the request was a certification from her physician, one of the documents typically required for an FMLA request. Plaintiff contacted the Police Chief’s office eight days after submitting her request to inquire into the status of her request. She was informed that the request had been received. About two months after submitting the request, the plaintiff still had not received an answer. She contacted the employer’s human resources department. Human resources told the plaintiff that their department had no record of receiving her FMLA paperwork. The plaintiff again contacted the Police Chief’s office and was told that the form was “stuck in legal.” The Police Chief’s office said they would get back to her with follow up information, which they never did. In April 2006, three months after submitting her FMLA request, and without ever receiving an answer regarding that request, the plaintiff was terminated. The employer argued to the court that it did not have sufficient information to make a determination about whether the leave would be designated as FMLA leave. The court disagreed. It should be noted, also, that the employer never argued that it had sought additional information from the plaintiff or her spokesperson (parent, child, spouse, doctor, etc). The court found that by failing to respond to the plaintiff’s request for three months, the employer had interfered with the plaintiff’s FMLA rights. Under the Department of Labor Regulations, an employer is required to let an employee know whether leave will be counted as FMLA approved leave within five days after having enough information to determine whether the leave is FMLA-qualifying. Where an employer does not have sufficient information to determine whether leave is FMLA-qualifying, the employer should inquire further of the employee or her spokesperson to obtain the additional information.
If an employee has applied for FMLA leave and has not received a response from her employer within five days, she should ask her employer about the status of the request. She specifically should ask if any additional information is needed. If no additional information is needed, then the employer should render an immediate decision. If the employer does not render a timely decision and does not request additional information, the employer may be liable for interfering with the employee’s FMLA rights.

Lately the question of whether a long-term disability carrier can offset Social Security payments to a dependent has been a popular one. Most claimant's are aware that their LTD plans offset Social Security benefits awarded to the disabled individual, but most plans also offset the SSD benefits paid to the dependents or spouse of the disabled individual as well, if those benefits result from the individual's disability. As always it is important to read your plan documents carefully.