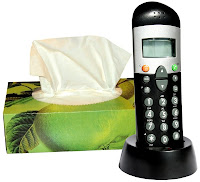 MetLife found itself back in the doghouse this month after a ruling by the Seventh Circuit Court of  Appeals. The 7 th Circuit decides long-term disability "LTD" denial claims for people living in Wisconsin, Illinois and Indiana. The Court's thorough analysis of the case is extremely helpful in addressing eight issues that our firm repeatedly encounters in the LTD cases we litigate. Those issues are "cherry-picking", "moving target", "normal" test results, functional capacity examinations, social security determination, medical history, cognitive impairments and examining physicians. 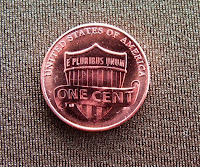 The EEOC recently filed suit against KobeWieland Copper Products, LLC for refusing to hire an individual as a caster due to his actual and perceived disability. KobeWieland offered the Plaintiff the position on September 24, 2008. When he appeared for work, the Defendant’s HR specialist noticed that the Plaintiff was missing digits on his left hand. Instead of working with the Plaintiff to ensure a reasonable accommodation, the Defendant rescinded the job offer because of its concerns that the Plaintiff could not perform the job. The Plaintiff alleges that he could have performed the job with or without an accommodation, but was not even afforded the opportunity to show that he could do the work, despite offering to demonstrate that he could perform the job.
If the Plaintiff’s allegations are true, the Defendant could be held responsible for paying the Plaintiff’s back wages with interest, reinstating his employment, and paying any costs and attorneys fee he may have accrued.

Disabled individuals often lack access to health insurance, medical coverage and/or prescription coverage. When dealing with an application for Social Security Disability Insurance, medical treatment and compliance with doctor's orders, such as taking certain medications on a regular regiment, can be critical to proving a disability exists. Where then can disabled individuals turn for assistance in obtaining their necessary medications and access to doctors when they have little to no income?